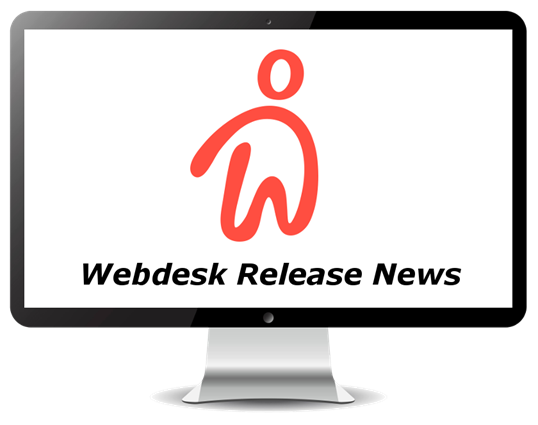 This release was again part of the approaching GDPR. 40 bugs have been fixed and 11 improvements implemented. One of the improvements that will be built in as part of the GDPR is to ensure complete transparency with regard to changes to personal data.

As a first step, a so-called “AuditLog” was built in, which also saves the following minimal information for each data record:

At the moment the feature is still “experimental” and must be set to true via the system parameter HibernateAuditLogInterceptor => active so that it becomes active.

With 4.0.25, a password change mechanism for the full system administrator (sadmin) was introduced to prevent the standard password from being changed. This release contains even smaller improvements that improve security.

The mobile apps Webdesk Time Mobile and Webdesk Project Time Mobile will soon be deployed in the app stores and will receive a small update, which includes the following fixes and improvements:

The “ExecuteAndStoreReports” job – appreciated by consultants and administrators alike – now also supports the export of file attachments if workflow process instances (i.e., requests) are exported to the file system (or to the document management system) in a batch.

Export of salary components in CSV

In response to popular requests, the workflow form for transferring salary components between the client and tax advisor has now also created the option of exporting the entire table content on the screen to a CSV, precisely in the structure as shown on the screen.

In the area of menu maintenance and also in the rescheduling mask, further improvements and optimizations for the responsive skin have been made.